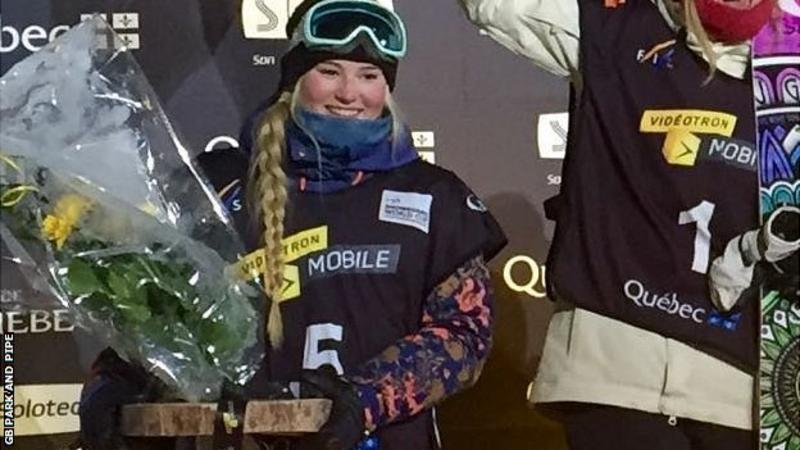 Katie Ormerod was the first girl EVER to land the fabled double cork 1080, one of the most complex manoeuvres in snowboarding

“I’m so excited to be on my first World Cup podium here in Quebec City for the Big Air!!” said Katie. “And I’m so stoked to have taken 2nd place. I grew up riding Snowflex® at Halifax dry slope from the age of 3 as a skier and then snowboarding from the age of 5. Snowflex® has helped massively to shape me into the snowboarder I am today!”

Long considered a medal hope for Team GB, Katie aged just 15, was the youngest girl to land a double backflip on a snowboard and a year later she was the world's first female to land a backside double cork 1080.

She also competed in her first X Games last month and finished an impressive sixth in slopestyle in Aspen, Colorado.

"Seeing many kids like Katie develop their skills from an early age on Snowflex® facilities around the world is a huge thrill for everyone here at Briton" said Terry Di Stasi, Director of Business Development for Briton Engineering Developments which invented and manufactures Snowflex,

Katie, now 18, is considered a serious medal hope for Britain, alongside Billy Morgan, Aimee Fuller and skiers James Woods, Katie and Molly Summerhayes. Britain is looking to add to Jenny Jones' bronze in slopestyle in Sochi 2014.

Big air will join slopestyle in the Winter Olympics in PyeongChang in 2018.