Lynchburg, VA- Skiing and snowboarding in the middle of the summer? The newest focus on expanding wintersports into a 12 month season is now possible through the invention of a high performance synthetic slope surface system called Snowflex. Popular in the UK and Europe for years, the United States is next to capitalize on this new technology.

Traditionally, ski slopes are limited to 3-4 months of operation a year for real snow and also at the mercy of Mother Natures temperatures for making snow with snowguns. This is not the case at the Liberty Mountain Snowflex Centre in Lynchburg, Virginia. Having been open and operating for over 5 years, the university has made it possible for students and adults to learn how to ski and snowboard, offer off-season training and conditioning, provide sessions of fun riding with family and friends, and even hold several times a year serious off-season competitions in rail jam and big air, known as The Snowflex Games .

As ski resorts are taking the “need to be open 12 months” approach to stay busy and profitable in these economic times with such off-season activities as zip lining, mountain coasters, and even BMX bike trails, the potential to offer skiing and snowboarding another 8-9 months a year could be a huge business boost is for the industry here in the United States.

“Embracing the new and proven technology of Snowflex is a game changer for the resorts and the wintersports industry”, states Dieter Sturm, president of All-Season Extreme, Inc., the exclusive USA rep for Briton Engineering Developments, makers of Snowflex. The same ski and snowboard equipment that is used on snow can also be used on the synthetic slope. 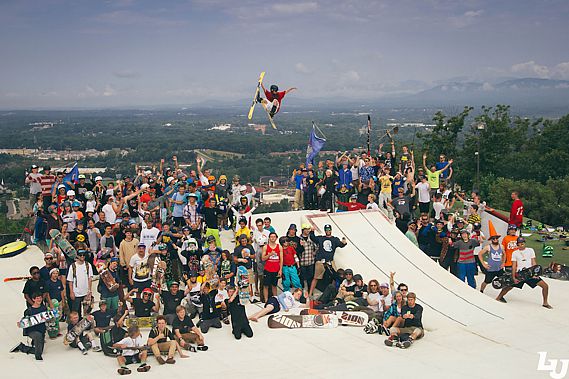 “In the United States, there are currently 13 qualified Snowflex projects in the works. Most of these projects currently on the drawing boards are brand new ski resorts that have never existed,” said Sturm. “A few of the traditional ski resorts have been considering Snowflex as an off-season add-in activity to support their “core” winter business, but the new start ups are targeting urban locations close to populations and easy accessibility,” Sturm noted. 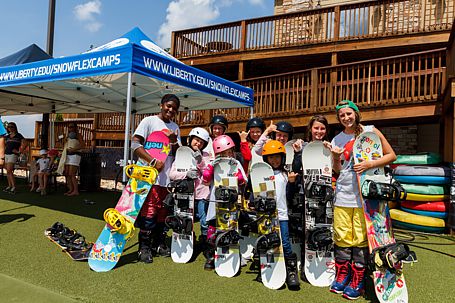 “The ski industry as a whole has to look for new opportunities to teach new riders and turn them into lifetime participants. It’s critically important to the future of the sports and even their business,” Sturm said.

“There are more than 50 kinds of snow, ranging from the sought after powder to solid icy runs. The multi-layered Snowflex surface system offers a mid-range ride to real snow, providing consistency, speed, control, and safety with padding under the top surface,” said Sturm. 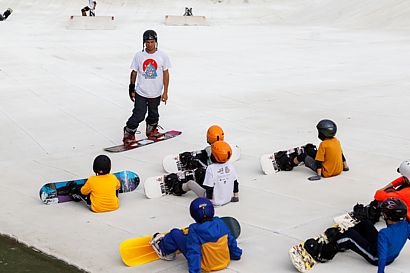 “Keeping the kids interested in the outdoors and involved in fitness is a plus when you can actually ride your snowboard or do some big air ski jumps in the middle of summertime,” Sturm boasts. Two years ago, Liberty Snowflex Centre began their Summer Camp program for learning how to ski and snowboard. It sold out. This past summer, the size of the camp was doubled and immediately sold out, according to Drew Sherwood, General Manager of the Liberty Mountain Snowflex Centre. 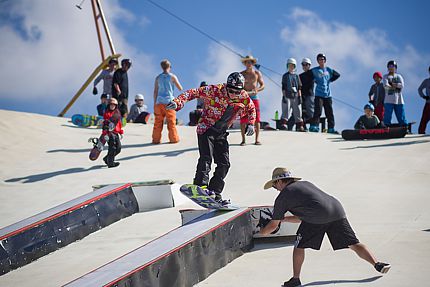 “For the existing ski resorts, the ability to expand their primary business is right before them,” said Sturm. “For the business world and the entrepreneurs who have the vision, the business plan, the land, and the funding, they are quickly seeing nothing but opportunity ahead.”